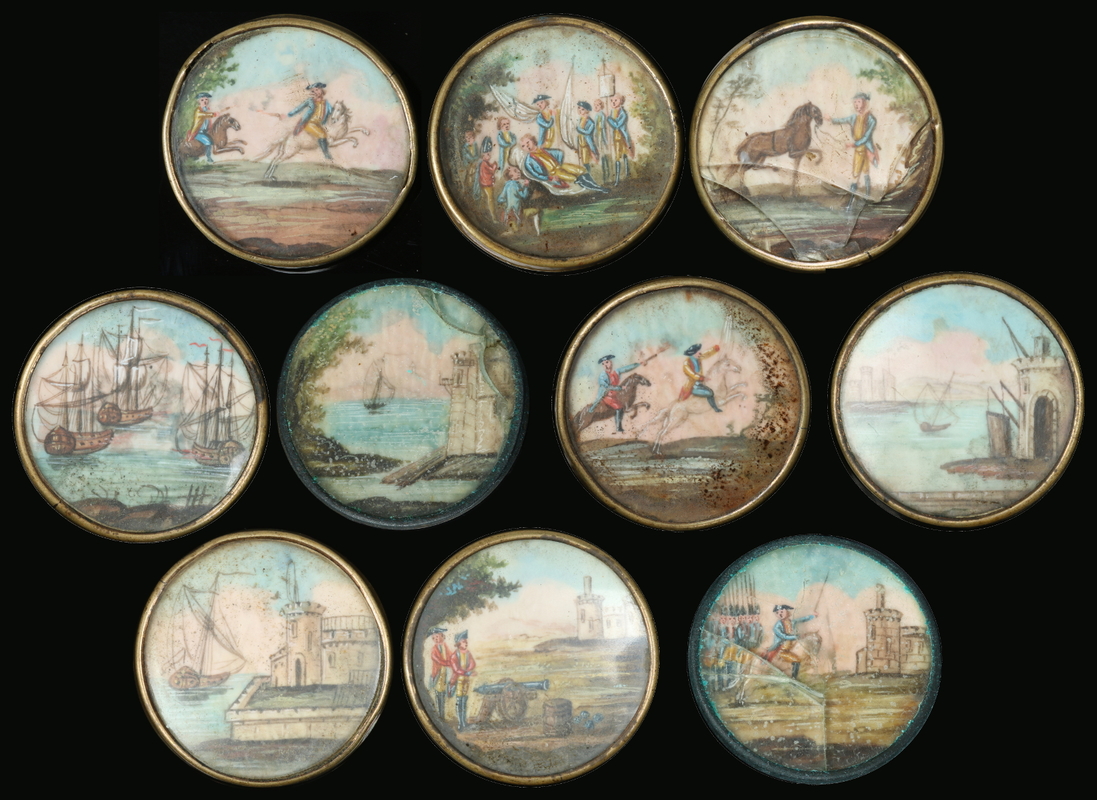 Seven Years' War; ten 18th century brass overcoat buttons. Each with a painted ivory miniature forming a tableau of General James Wolfe on the plains of Abraham at Quebec in 1759, including equestrian and maritime scenes. One button shows the death of General Wolfe after the painting by Benjamin West 1771. Each 36mm diameter (10).