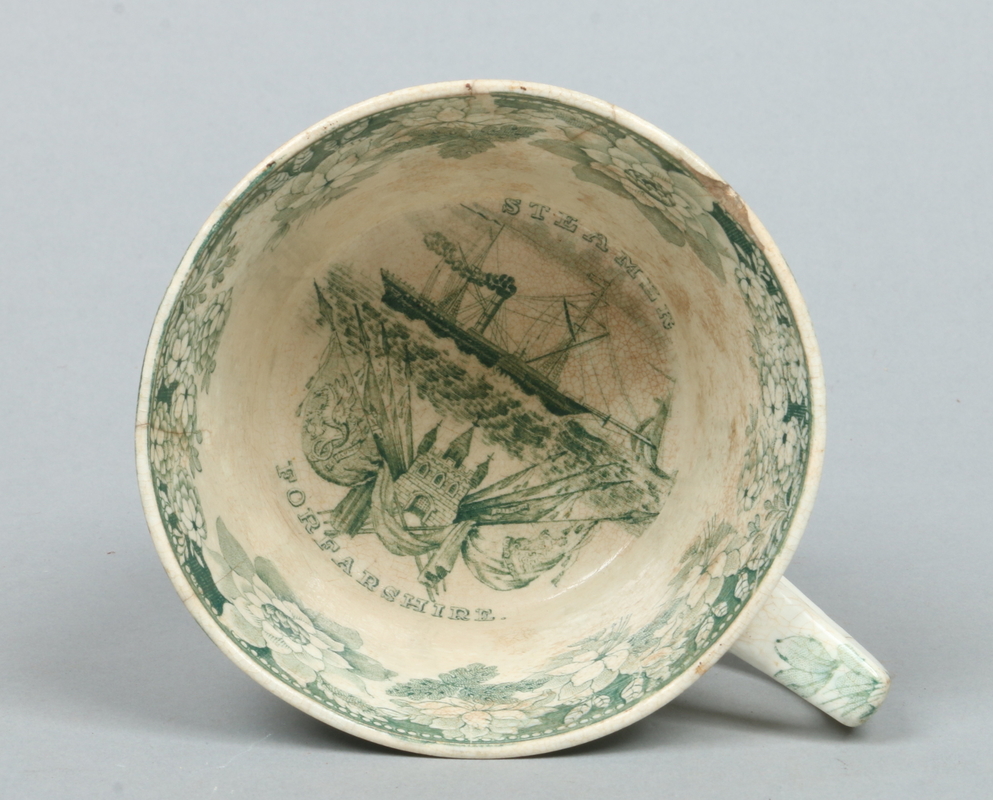 A Brameld bucket shaped breakfast cup with figure 7 handle commissioned by the Dundee & Hull Steam Packet Company. Printed in sage green to depict the Forfarshire Steamer and with the hop pattern border, c.1834 7.5cm. Notes; On 5th September 1838 Forfarshire left Hull, bound for Dundee. At 4 o' clock the following day the ship ran aground. All but 9 perished who were rescued by Grace Darling and her father; the lighthouse keeper, in what became the most romantic sea rescue of the Victorian era. The condition of this example leads us to believe that the cup was recovered from the wreckage of the ship, cf. Rockingham 1745-1842, Alwyn & Angela Cox p. 170-71.